I ‘wish’ it was wicked…but not too much luck with that today.  At least not yet.

Instead another long, looooong day in the car had me thinking of so many things I wish I could change around here. Wish David was still here…the kids miss him so much.  Wish I could buy him one more banana split at Dairy Grove…and watch the kids giggling over their own ice cream, and how much Dat loved his 😀

Wish I could find a job.  Now that at least can be more than a ‘wish’.  I can change that.  I will change that.

Wish I could find a better ‘home’ for the kids, and me.  Found a wonderful little run-down ‘shack’ of a home driving around last week, the paint long gone, but the porch strong and sturdy, the tin roof needing a good cleaning and mercy! does the whole place need landscaping…a girl can dream.  It would be such a joy to take an old abandoned house like that and bring it back to life.  Make it a ‘home’ once more.  No fancy renovations; just restore it and love it. Put an old wringer washer like Grandma had on the back porch, and a tire swing in the tree out front. 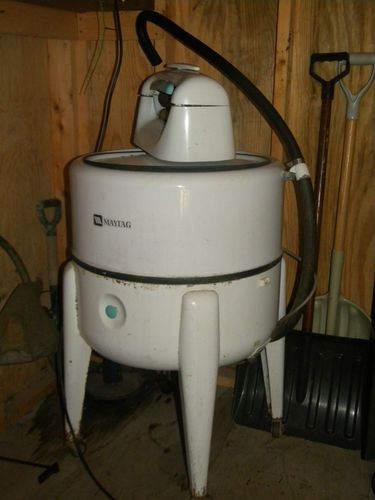 Get a wood burning stove (or gas if the city is picky) like the one we love at writer’s camp.

My cast iron would be right at home. 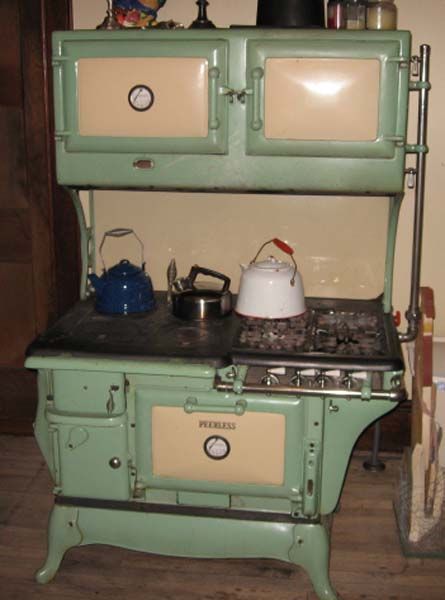 Add a porch swing and a joggling board…

I’d be happy to spend the rest of my life fixing the old place up and making it a little ‘more loved’ every year.

If wishes were horses….

I am a ‘working-on-it’ healthy eating fanatic.  I backslide; I admit it. Never all the way; just small ‘errors’ in judgement, ha. I am not as strong-willed as my eldest daughter who has been straight vegan for…ever!  And it shows.  She is healthy strong, and fearless.  I hope a little of that comes from me…making her endure packed lunches with homemade whole grain bread (no white bread in this household!), and fruits, veggies…no bologna or processed foods…just things I knew were healthy for a growing little person but awfully hard to explain to classmates who just thought she/we were ‘weird’.

The entire family has been red meat free for 15 years for humane and environmental reasons. I have in the last couple of years started cutting out all the turkey and chicken…and while I am pretty successful in managing mine, it is still in the house because I also have a very recalcitrant teenage son who wants his ‘meat’ at least sometimes.  Since this way of eating is my personal choice…and I hope someday he will make that choice on his own…I am not going to force it on him.  But here we are with a new month, a new year…and I am eager to expand my horizons on the foodie front.

I am so excited!  Today I revisited a favorite even with my meat-eater…stuffed okra boats.  The kids love them.  I love them.  Time to try some new things to stuff them with… but first:

This is my go-to recipe:

It would be lovely if the only thing being ‘wicked’ today was my over-wrought imagination.  Sadly, no.  Climate change has decided to mess with our weather and so, at the beginning of January, here we are on the coast of South Carolina staring winter in its hoary eyes.

In short, it is cold.

Cover the plants kind of cold.

New Zealand is looking better by the minute.

On a warmer and much more wonderful note, today I celebrate two amazing birthdays.

My sister was born on this day and she has been a joy and a grounding in my world since she made her appearance.  I became her ‘little’ …and certainly more obsessive…mama.  Determined to love and protect this little person with her big dark eyes and sweet smile from the moment she came into my life.  I have other siblings, but this one was/is ‘mine’.  Unlike the middles, she was more like me…not a ‘favorite’, not over-protected, not pampered.  She was tough.  We had to be.  She shared my passion for animals and nature, she was and is a beautiful, compassionate, and deeply caring human being.

I bought her her first horse…a POA aptly named Little Satan…he was her best friend and companion and he adored her as much as she loved and needed him.  Now she has a tough miniature horse out there in Arizona and a gorgeous mustang mare…and they bring her joy each and every day.

I am so thankful for this day and the love it brought into our world.  Happy Birthday, Tamara.

Birthday number two?  The irreplaceable J.R.R. Tolkien!  How can a birthdate not be more magical for being shared with the master of fantasy?  If any of you don’t know…I totally adore Tolkien.  I devoured his books. He gave a girl with a wild imagination another world to live in, another place to dream of, a new place in mt heart to call ‘home’.

Now, so many books and years later, I write fantasy…because I have dreams and worlds of my own to share…and he led the way.  Happy Birthday, Professor Tolkien, and thank you.

May we all find new warmth, and new wonders on this beautiful winter day.

Driving about today, over the bridges and the marsh, the salt creek, the river leading on to the sea and it occurred to me as I turned up yet another prosaic little tree-lined street that this defines much of my life. Not the nondescript neighborhood, but an endless desire to discover someplace or something new.

Even as a very young child I was always begging Grandpa to “take the windy roads” through the Missouri Ozarks, or down some country road…any road or trail that took us into the unknown. Most of the time it was somewhere very mundane…another farm, another ramshackle cabin back in the woods, an old country general store. 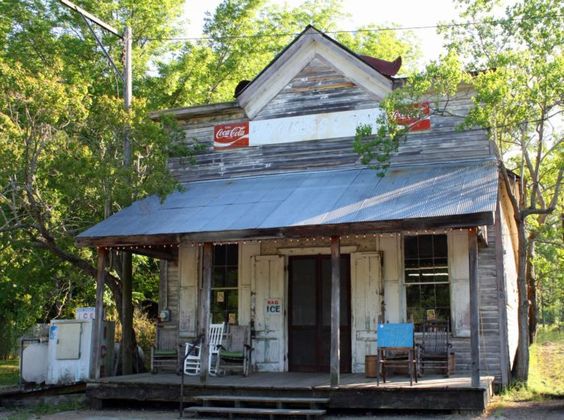 Perhaps a new bridge over a winding, rocky creek where we could stop and wade or have  a picnic lunch. Sometimes an old cemetery with quaint and faded markers and worn fencing that bade me to stop and wonder about the lives that ended here.

I realize that desire to wander without destination, to explore for nothing beyond the chance of discovery, and seeking nothing more than the wonder that surrounds us is exactly who I am, yesterday and today…and off in search of somewhere I have not yet been, a sight not yet seen…tomorrow.

Possibly not the kind of fantasy others expect me to indulge in…those usually involve warriors, weapons, water, and your occasional monster or two. Sometimes a bit of romance/sex just to keep things interesting 😉

No, decidedly NOT suitable for YA. Which works for me.

But today, and tonight…actually for the majority of this entire week…my fantasies have been more decidedly domestic, a lot less fun, but terribly relevant just now.  I am missing our old house, the neighborhood, my gardens and the landscaping I loved.  I have discovered I cannot function when my nights never embrace the darkness; there is always some hideous street light or spot light denying the night and obstructing my view of the moon and stars.  I miss nightly strolls in the dark, just gathering my thoughts, organizing this wild clutter of rampant imagination, and centering my soul.

Where, then, can we go, me and my small troop of offspring?  The countryside may be well suited to this introverted earth mother, but my boys are more like David was…happier with sidewalks or biking/hiking trails, and civilization (at least parks) within reach.

Finding a compromise should be interesting.  I’ll keep you posted.

Meanwhile, other more entertaining versions of fantasy (yes, the ‘other’ kind) are running rampant through my pages with the current focus remaining on dragons and eco-themed ships on both air and water.

Think they are any match for a flight of dragons?

This is way more fun than trying to imagine what kind of place we should call home next.

Owls. Today, for quite random reasons, but then again, I am frequently rather random and scattered in where my thoughts take flight…today I kept thinking of owls.

I am quite taken with owls…with the amazing raptor hidden within that soft plumage, the wisdom in their eyes, the way they turn their heads to look back as if it were the most natural thing in the world…which, of course, it IS…if you are an owl. Most of all, I am fascinated by the way they suddenly, silently appear. No wonder they have been  called ‘ghost birds’ and are often associated with spirits.

In the ancient live oak at the old house there was a huge hollow in the trunk, a souvenir from Hurricane Hugo. A pair of Great Horned Owls took up residence in the hollow, and I never tired of watching and listening to them. In the daytime they were all but perfectly camouflaged within the foliage and the deep recess of their nest, at night I would spend long hours listening to their calls. At sunset the male would begin his territorial calls…the hoo hoo hoo hoo-hoo we all associate with these birds.  Later at night the call changed, higher pitched, and with a different pattern…sometimes not hooting at all so much as chirruping or screeching. A wondrous thing to fall asleep with the soft scented breeze from the sea drifting through the windows, and the low call of the owls singing the night to sleep.

In Ohio one of my favorites were the barn owls who took up residence in the stable. You don’t really see barn owls so much, as they really prefer the dark of night to do their hunting, but we surely could hear them.  Barn owls don’t mess around with hooting, they shriek, whine, screech, and make all manner of odd noises.

Late one night leaving the stable a silent blur of white swooped just over my head, and my heart leapt like a rabbit on the run. Just the barn owl making a territorial ‘statement’ about my being on her turf during her watch.

If I choose to believe the wisdom of my Native American lineage, and I do believe they were, and often are, more in touch with the world than we…I think perhaps the owl would be my “spirit” animal.  There’s nowhere I’ve lived there weren’t owls. They are a constant and comfortable familiarity in my life.

I saw an owl in the tree here the night we moved in. Never thought much about it…till today. Some flights of fancy are taken on silent wings. 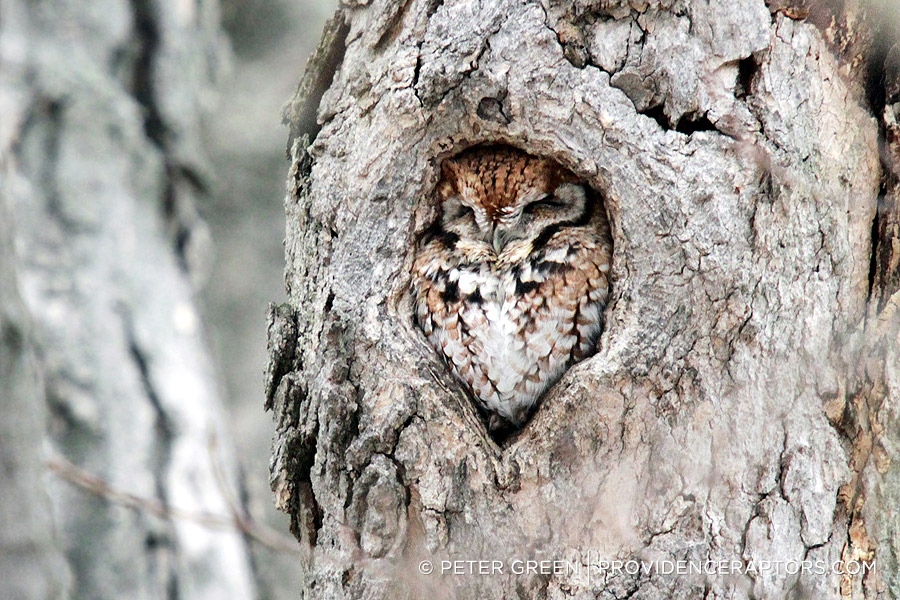 Last day of October, another year fleeing before us, and the joyous laughter …and screams…of children at Halloween.

We didn’t have many crops to bring in this year, what with the move and all, but what we have had is always a blessing…right now it is sage, rosemary, hot oregano,

the last of the lemons, salad crops, and kale.  Already I am dreaming of the next plantings, and wondering where we may be by the time I am ready to put them in.

After trick or treat with the kids, time for some grown-up dress-up and a trip to good ol’ Chipotle to get our ‘treat’ burrito bowls for coming in costume.  MMMMM…. the perfect ending to a gorgeous Halloween.